The Nude in 3 Crayon Technique with Shane Wolf

“Working from life should be priority number one. It is a bond artists have shared since antiquity. This awesome thread of humanity remains unbroken in the studio, in front of the model, entirely unfiltered, and in our purest state: the Nude.” – Shane Wolf

Popularized by Peter Paul Rubens and widely used throughout Europe in the 18th century, the “3 crayons” technique allows for a vivid and efficient expression of the human figure. In this workshop, visiting instructor, Shane Wolf will be teaching his unique approach to this traditional technique of charcoal, chalk and sanguine. Students will learn about creating strong form from the live model (mostly with charcoal and chalk), and how to see and capture the “hot spots” of the figure (with sanguine). Special attention will also be given to correct proportion and anatomy.   Students will work from both a male and female model.  Model fee is included in the workshop fee.

There will be a one-hour lunch break each day.  Lunch is on your own.  For those traveling from out of town, please contact us if you need accommodation recommendations. 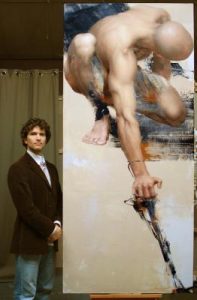 Shane Wolf was born in 1976 in Cincinnati, Ohio, USA. After receiving his bachelor’s degree in design in 2000 from the University of Cincinnati College of DAAP he joined Salomon SAS in Annecy, France, as a graphic designer. In 2004 he embarked on a 16-month around the world trip and kept a drawing journal of his travels. His journey led him to Florence, the birth place of the Italian Renaissance.

In Florence, he began studying art at the Angel Academy of Art. From 2005 to 2009, he rigorously explored the fundamentals of art based on techniques used by the most influential Old Masters. He received his Diploma of Excellence while also serving as teacher at this prestigious Italian art academy.

In 2010, Shane moved to Paris where he has been living and working since, driven by a vital desire to draw and share his humanist ideals inspired by the human form. Wolf has been awarded numerous prizes and participated in many solo and group exhibitions in Europe and the USA.

Some of the many international awards and recognition Shane has received include: 1st and 2nd place Best Nude from the Art Renewal Center, New York (2013); Gold Medal from the European Academy of Arts – France (2013); medalled by both historic French organizations: the Société des Artistes Français (2013, 2012) and the Société Nationale des Beaux-Arts (2011); the prestigious “Taylor Prize” during his exhibition at the Grand Palais (2011); and finalist in the America China Oil Painting Artists League, New York (2010). Shane’s work has also been featured in exhibitions at Manifest Gallery and in a number of volumes of both the International Drawing Annual and International Painting Annual publications.

We are unable to give refunds or exchanges for this visiting artist workshop unless class is cancelled by Townsend Atelier or unless we are able to fill the cancelled spot with someone on our waiting list. 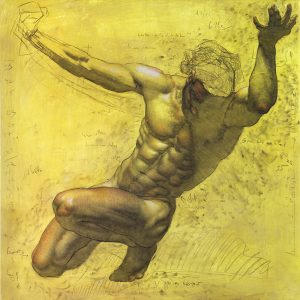 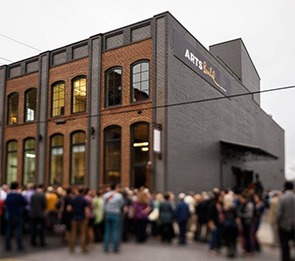